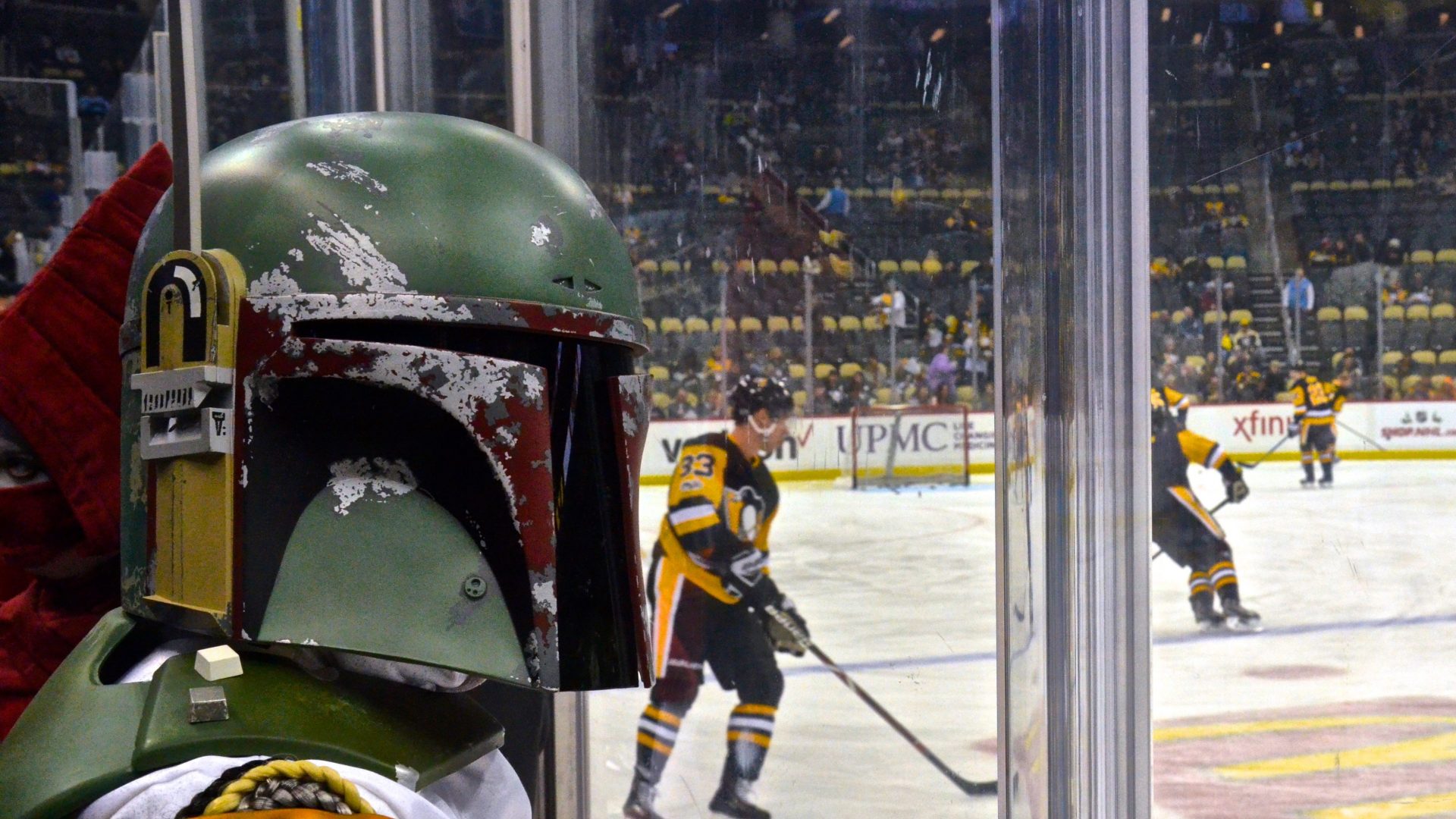 Starkiller Garrison was founded on September 13, 2017, but the story started a long time ago, in a Commonwealth not so far away…

It all started with Garrison Carida. In the earlier days of the Legion, there were not as many members and the territory of Garrison Carida was much larger. Over the years as the Legion grew, some areas splintered off in their own garrisons to better serve their local communities. Maryland, West Virginia, and Delaware were all once part of Carida and eventually became their own garrisons.

The Commonwealth of Pennsylvania is interesting in that it is almost like two states in one: it has “anchor cities” (centers of population) of Pittsburgh to the west, and Philadelphia to the east and geographical barriers (mountains) in the center. Over the past 10 years, there was a huge surge in membership in Western Pennsylvania. Our goal is to better serve our communities by having local people run local events. Thus, Starkiller Garrison was formed to better serve the citizens of Western Pennsylvania and bring order to the galaxy. If you are interested in having us at your event, check out our request an appearance page. 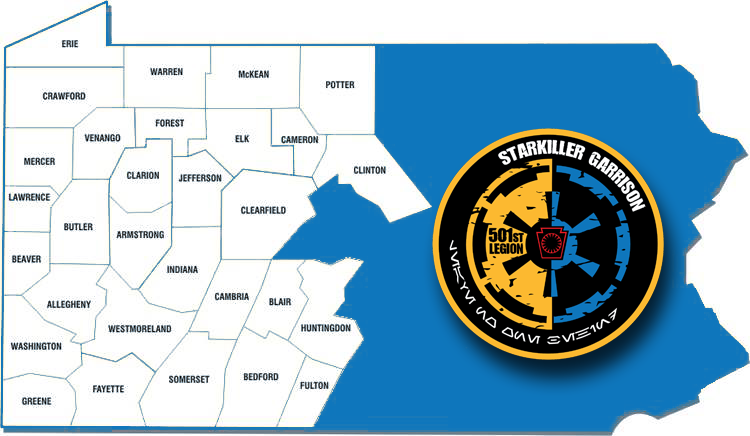 1. We are Mr. Rogers’ Neighborhood. Fred Rogers was born in Latrobe and started his world famous show in Pittsburgh.
2. Starkiller Garrison’s territory includes three Inclined Planes, one of which, The Johnstown Inclined Plane is the world’s steepest.
3. Speaking of steep, Canton Avenue, in Pittsburgh, Pennsylvania’s Beechview neighborhood, is the steepest officially recorded public street in the United States and, according to some sources, the galaxy.
4. Bedford County is home to a “gravity hill.” It is a place where the layout of the surrounding land produces an optical illusion, making a slight downhill slope appear to be an uphill slope.
5. Punxsutawney Phil, Seer of Seers, Sage of Sages, Prognosticator of Prognosticators and Weather Prophet Extraordinary resides within Starkiller Garrison borders.
6. We pronounce it “water.”
7. It’s true. We put french fries on our salads and sandwiches.
8. Sheetz was founded in Altoona. We don’t have Wawa over here.
9. We call them “gobs”, not “whoopie pies.”
10. The unofficial soup of the Starkiller Garrison is ramen.
11. Roughly 94.998% of our members are pro wrestling fans. Dig it?

Where did the name Starkiller come from?

In the Star Wars Universe, there are three notable references to the name Starkiller.

The first comes from the original idea for “The Star Wars”, which later became Star Wars. Luke Skywalker, the hero of the Rebel Alliance and son of Darth Vader, was almost named Luke Starkiller by Star Wars creator George Lucas. Thinking that the name Starkiller was too dark for a hero, George Lucas changed his name to Luke Skywalker instead. 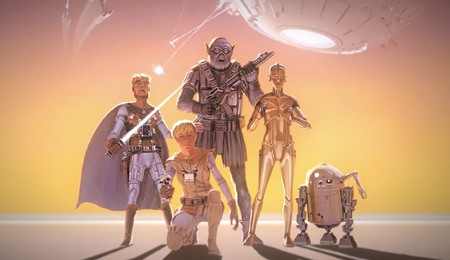 The second comes from Star Wars lore and legends. In the Star Wars game, The Force Unleashed, Darth Vader is hunting down the last remaining Jedi of the galaxy when he comes across a small boy named Galen Marek. Vader senses that Galen has the potential to be a tremendously powerful Force user and decides to secretly train him as his own apprentice, in hopes of one day overthrowing the Emperor. He gave Galen the secret codename of “Starkiller” and sent him out as a double-agent to find and aide those who wished to overthrow the Empire. Ultimately, Starkiller was betrayed by Darth Vader and was killed by the Emperor’s Force lighting.

The most recent reference comes from the new generation of Star Wars films, Episode 7: The Force Awakens. Deep in the Unknown Regions of space, the First Order, the last remaining remnant of the Empire, constructed a superweapon that used an entire planet as its weapons platform. On top of being the deadliest weapon in the galaxy, Starkiller Base also served as a military stronghold for the First Order. When the First Order decided to make its move against the New Republic, it did so in dramatic fashion. By harvesting energy from its system’s star, into the planet itself, Starkiller Base launched a massive energy beam that blasted through hyperspace. The first shot obliterated the New Republic capital of Hosnian Prime as well as several nearby planets, effectively crippling the Resistance with a single blow. 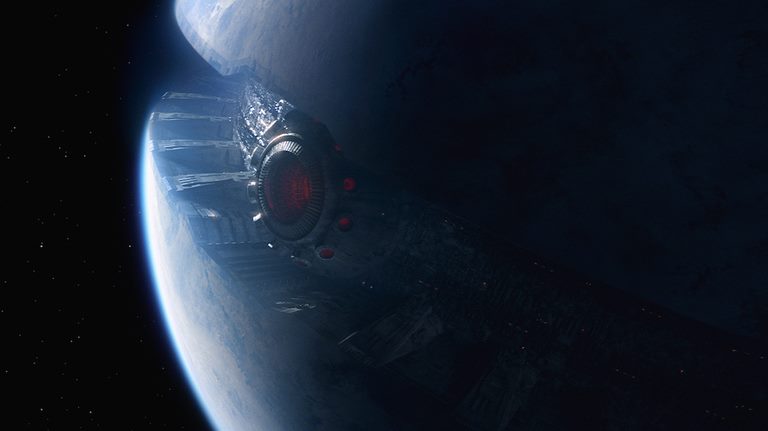